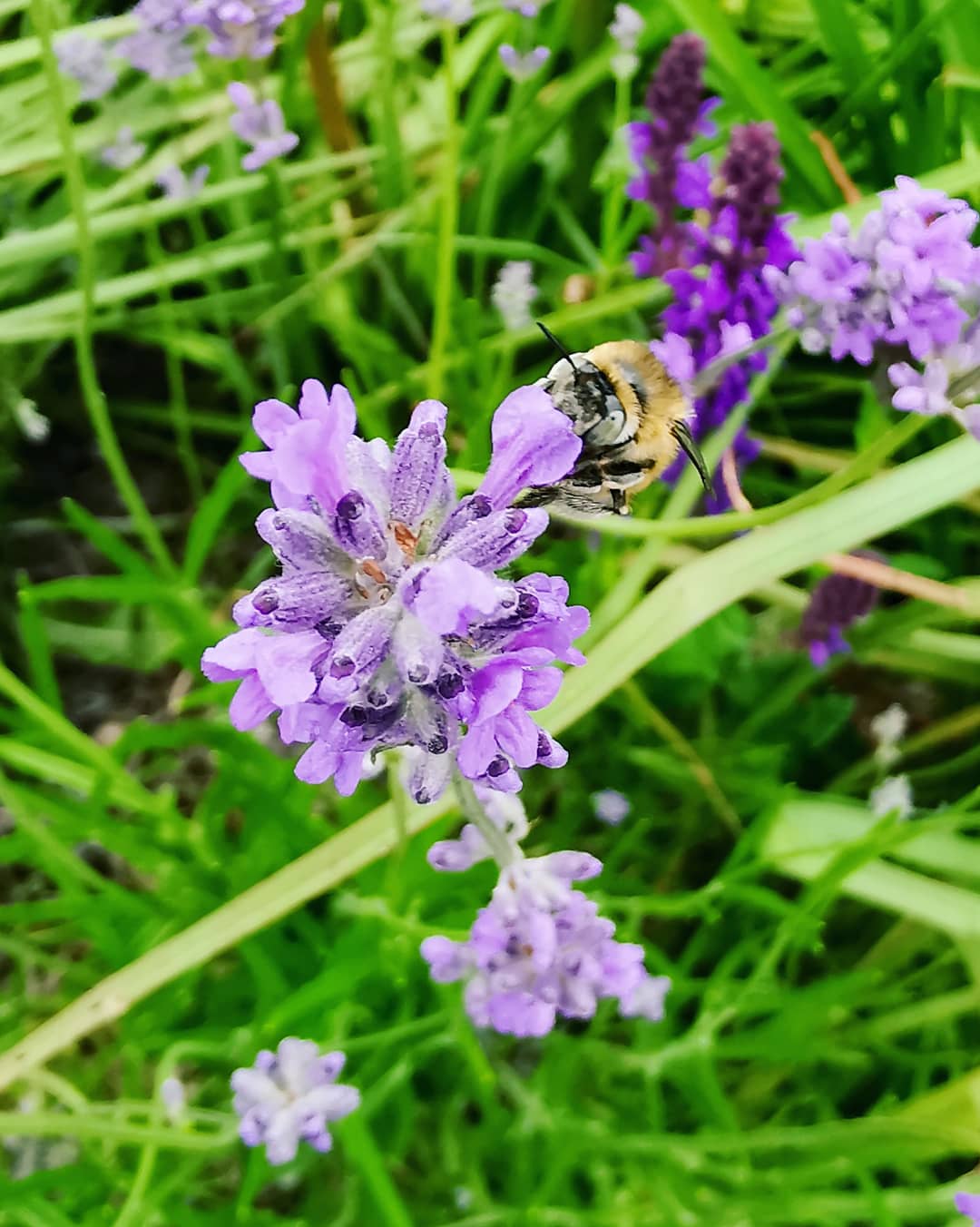 So this little bee is an unusual one that we’ve never seen before… it’s a four banded flower bee, which apparently is rarely found outside Norfolk, Cambridgeshire and southern England. It moves really fast, hovers a lot and has quite distinctive grey eyes.

We’re big fans here at Bee Saviour Behaviour of never taking the same route home twice… though admittedly it’s actually quite difficult even on a long journey in a big city. However so often when we’ve taken a new route home we’ve discovered something new and exciting… this bee is a perfect example. A solitary wander down a different street led to a solitary perch on a wall and spotting this solitary bee.

Well we say solitary bee, there were several in the corner where we spotted them though they do live alone rather than in colonies… often in burrows in south facing slopes and sandy ground. Norwich is a little grey again today and so we’re hidden away working on reward prep.